After a four-year hiatus, we are pleased to announce that the Biggest Block Party and Neighborhood Celebration on Bainbridge Island is Back!

Historic Lynwood Center, The Pleasant Beach Village and The Treehouse Café are proud to present The Taste of Lynwood on Saturday, September 16th from 11AM—8PM. Our event planning continues at a fast pace. On board to run the freshly dubbed KiDiMu Zone is Kids Discovery Museum of Bainbridge. Coordinating our popular early morning athletic event — starting at 9:30AM, The Baker Hill Challenge, is Bainbridge Youth Services. Registration for the Challenge is open now at www.bifunrun.com. In addition, we will present more details on the KiDiMu Zone. Stay tuned for a comprehensive schedule of events!

The Taste of Lynwood is hosted by the owners, merchants, friends and neighbors of the Lynwood Center Neighborhood and is an opportunity to give back to those whose patronage contributes to the vibrancy of this special place.

Noon-2pm: Massy Ferguson. Lead singer-bassist Ethan Anderson says the Massy Ferguson is Americana that leans more toward rock than country. Think Drive-By Truckers or some combination of Son Volt and The Hold Steady. Think Springsteen’s “Greetings From Asbury Park” or “Nebraska.” Those influences, 1970s Southern rock and good-time classic rock bands like Thin Lizzy, have landed them gigs from Bumbershoot and Nashville to Iceland and England. They’ve shared stages with Tim McGraw, The Bottlerockets, Screaming Trees, and many other superstars.

3-5pm: Carl Verheyen. Best known for his 30-plus years with Supertramp, Carl Verheyen has been recognized as “One of the World’s Top 10 Guitarists” by Guitar Magazine and “One of the Top 100 Guitarists of All Time” by Classic Rock magazine. The Grammy-nominated Verheyen is an institution in his own right. Hardly a day goes by that most people not living under a rock don’t hear his playing: as a first-call session player, Verheyen has performed and recorded with giants from BB King to Joe Bonamassa, Cher, Christina Aguilera, The Bee Gees, and hundreds of others. His is the guitar behind some of the most popular TV shows (Seinfeld, Frazier, Cheers, Happy Days) and movies of all time (Star Trek, The Usual Suspects, among others). He tours, teaches, and records relentlessly and has released some 14 solo CDs. His sound ranges from jazz and blues to acoustic songwriter and fuzz from outer space. He is Zappa, Hendrix and Santana rolled into one, and his fluid virtuosity never fails to leave fans breathless!

6-8pm: LeRoy Bell and His Only Friends. Leroy Bell has spent decades writing hits for superstars like Elton John, Al Green, Teddy Pendergrass, Lou Rawls and Jennifer Lopez. Then, at the tender age of 59, he became a star in his own right when he finished 8th overall in the inaugural season of X-Factor. LeRoy has shared stages with the likes of B.B. King, Van Morrison, Etta James, Mavis Staples and Taj Mahal. His smooth blend of soulful songwriting, melodic hooks, and powerful gritty voice have made him a favorite with live audiences throughout the world, in his own back yard of the Pacific Northwest, and especially on Bainbridge Island!

LeRoy Bell’s “Only Friends” (his band), include Terry Morgan on bass who has played with Pat Wright & The Total Experience Gospel Choir, Thelma Houston and others; Davis Martin on drums (formerly of Maktub); and Daniel Walker on keyboards. No matter where he goes, LeRoy leaves fans on their feet, dancing to his positive groove!

After Hours, 8:30pm – on inside the Treehouse Cafe (21 and over). Straight from the Black Hills of Southern Portland, Hillstomp is the high-octane duo of “Hurricane” Henry and “Lord Johnny Buckets.” Henry Christian plays guitar like he was flogging a mule and Lord John Johnson beats up on lard tubs like his life depended on it. Hillstomp is infamous for digging through the dumps and backwoods of American music, distilling it into their own unique moonshine. A sort of Flat & Scruggs meet The Cave Singers, Hillstomp leaves it all on the stage every night: blues, Mississippi trance, Appalachian jigs and a dash of punkabilly just for the kick. Assorted buckets, cans and BBQ lids comprise their pallette, drenched in rambunctious slide guitar. Somehow it works. Despite their home brewed instruments and novel approach, Hillstomp is no novelty act. Hillstomp’s memorable live performances tap into a primordial magic that cannot be rehearsed, converting outlaws and traditionalists alike.

11am-noon: The Harmonica Pocket is a young at heart duo from Port Townsend, Washington. Part of the growing Kindie Rock music scene, Harmonica Pocket makes music that truly appeals to all ages. Their current release Sundrops was awarded the coveted Parents’ Choice Gold Award and called “A beautiful fresh breath of sun-shiny filled air.” Audiences are taken on a musical adventure filled with song, dance and even a bit of theatrics. Their highly-interactive shows get kids and grown-ups of all ages laughing, singing and moving. The show incorporates unexpected props, acoustic instruments, hula hoops and spinning flags, sprinkled with wah-wah guitar, ukuleles, sweet vocal harmony, a looping pedal, percussion and of course harmonicas. If you’re lucky they’ll whip out their “Hinklehorns” – invented instruments which are part kazoo, part plumbing fixtures! Their music is recorded in an off-grid studio powered by solar electricity. The Harmonica Pocket has performed for busloads of children and grownups in theaters, classrooms, libraries and festivals nationally and internationally.

2-3 pm: Buckshot is an unorthodox four piece string band from Bainbridge Island. They are edgy. They play fast. They write songs about stuff that may or may not have happened. They have played at festivals, pubs, parties all over the Seattle area, singing songs from days past and present that will make you move from head to toe..

5-6 pm: The Cuban Heels have been a “Go To” Latin/Brazilian dance party ensemble in the Seattle/Bainbridge area for the 2-1/2 years they’ve been playing together. They are featured this year in Seattle Center’s “BrazilFest”. “Despite the name, the Cuban Heels draw their inspiration and repertoire primarily from Brazil. Rather than copying Brazilian choro, samba and other styles precisely in an attempt at exact cultural accuracy, the Heels present a party atmosphere music that relies on their various North American music influences to add a special flavor. Seven-string guitarist, and composer Alan Simcoe adds jazz and American Southwest influences to the mix. Singer and flautist Shannon Dowling’s classical training, music theater and rock background give her performances a compelling dramatic depth and breadth. Bassist Steve Newton adds his own R&B grooviness and Cuban tumbau, and Bill Riach. a mainstay of the Seattle percussion scene, is at home in a variety of Latin/Brazilian styles. We hope you enjoy the show, and don’t forget to DANCE!

in the heart of Bainbridge Island


A Taste of Lynwood: a casino victory savor

Come on out and support two local nonprofit organizations who do so much for our community’s children. Join in the fun and games at the KiDiMu zone or register for the Baker Hill Challenge. Organized with the support of top online casinos 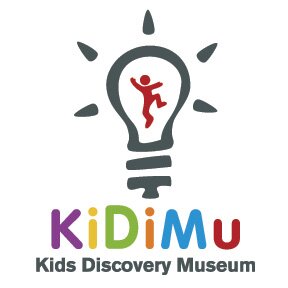 Gather up the whole family to experience the power of play with our friends from Kids Discovery Museum. 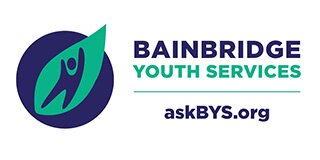 This wild but mild foot race up Baker Hill road to win the coveted crowns for King and Queen of the Hill is to benefit Bainbridge Youth Services.
Register at www.bifunrun.com.